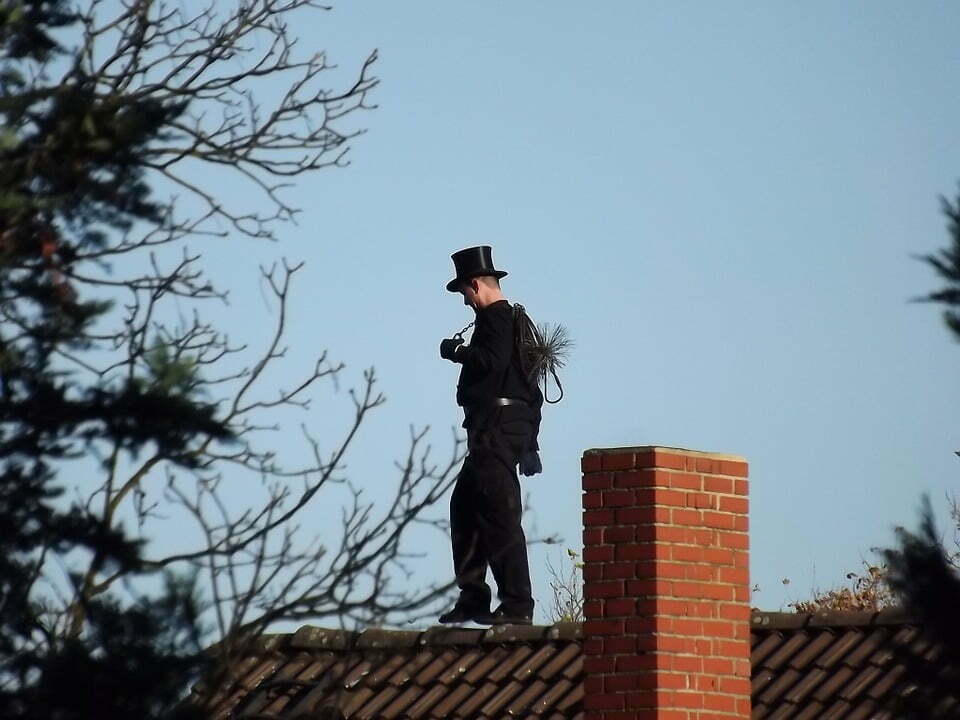 When to Have a Chimney Cleaning Done

Chimneys are crucial parts of fireplaces, wood burning stoves and even furnaces. No matter what kind of chimney you have, chimney cleaning is a crucial part of chimney maintenance to ensure safety and efficiency. While solid-fuel burning fireplaces, stoves, and furnaces build up the most creosote, even gas-burning appliances should be inspected. A cleaner flue leads to higher efficiency and better airflow to reduce smoke inside the home. According to the National Fire Protection Association, homeowners should have a chimney cleaning done at least once per year. It’s best to have this done when the weather starts to get cool, so the fireplace is ready to use when the homeowner wants to use it. It may be a better idea to contact a chimney sweeper a month or two before fall starts as they’ll be less busy this time of the year, and your wait for an inspection will typically be shorter.

Chimney cleanings can help prevent fires, protect the health of those in the home, and prevent smoke damage inside the home. If a chimney cleaning isn’t done regularly, creosote can build up in the chimney, which can lead to a dangerous chimney fire. It’s also possible for a chimney blockage to occur due to animals nesting in the chimney or the creosote buildup. Any blockage can lead to smoke damage occurring inside the home or carbon monoxide poisoning for those in the home. It can also lead to a fire, which can quickly become disastrous and destroy the structure of the home. Getting a chimney inspection and cleaning is far less expensive than repairing a home after a chimney fire. Chimney fires often go undetected until major damage is done to a home.

What a Chimney Cleaning Should Include

According to the Chimney Safety Institute of America, a chimney sweep should, at a minimum, perform a Level 1 Chimney Inspection. This is the most common of the 3 Safety Inspections and includes a visual inspection of the entire chimney and the flue. The chimney sweep should inspect the interior and exterior of the chimney to determine if there is a buildup of creosote or if there is anything blocking the chimney, and if there is any other damage to the chimney. When this is done once per year, homeowners can discover problems before they cause further issues, saving them money as they can be repaired before they become worse and more expensive to fix.

Homeowners should have any repairs done as soon as possible after the issue is noticed. In most cases, it’s important to avoid using the fireplace until the repairs are done to prevent further issues that can be more costly to fix. Professionals can handle Masonry Repairs to ensure the chimney is structurally sound. They can also perform inspections for chimney leaks & waterproofing to ensure the chimney does not have issues that lead to water damage inside the home. Other services include Chimney Flue Repair, Chimney Flue Re-lining & Replacement, and creosote removal.